How many songs does Spotify hide from me?

After writing my last post I got curious about how many songs of my Spotify library are unavailable to me. Therefore I wrote a small script to figure out exactly that.

Thankfully there are libraries for almost everything imaginable available, ready to be used. I looked up some Spotify-related gems on RubyGems and found RSpotify, which interfaces with Spotify’s web API quite nicely (and it has docs).

In order to read private playlists and the saved songs library (which has been renamed by Spotify to “Liked Songs” for apparently no reason other than to appeal more to Facebookstagram users, or to emphasise on the fact that these songs are not actually saved on your devices), I needed to authorise as a user against its web API. Unfortunately it requires a web server for the OAuth2 callback to work properly. Fortunately, there are libraries that handle the details for it, OmniAuth in particular. And RSpotify even provides an OmniAuth provider for Spotify – perfect for what I need to do.

Before implementing some code I had to create an application on Spotify to receive the OAuth2 client ID and client secret. This can be done by visiting the Spotify applications dashboard. Once created I added a Redirect URI of http://localhost:8080/auth/spotify/callback to it.

I figured I started with the OAuth callback server. For that I decided to just temporarily start up a very bare bones Rack application that has the OmniAuth middleware mounted and configured, along with a handler for the actual callback received from Spotify. The callback handler just stores the received OAuth token in a global variable which will be used to authenticate with Spotify’s web API afterwards.

Running this allows me to open up http://localhost:8080/auth/spotify in a web browser, where I then need to trust my own application to access my own Spotify account. Once allowed I could request some information from their APIs, such as:

The Spotify API docs for “Get a track” mention a field is_playable in the full track object, which describes whether a track is playable in a given market or not. For that field to appear I need to add another parameter for the market I’m interested in to the saved tracks request. This can be done with RSpotify like so:

Or maybe not, at least at the time of writing. But it’s nothing that couldn’t be fixed, really. Once that patch is applied, I finally got the expected response:

Now I can finally find the first saved track in my library that’s unplayable in any given market by iterating over the first few pages returned by the API:

Anyway, time to move on from trying stuff around in IRB and finally print out some numbers. In the end I came up with this:

In case you’re wondering about the rescue block above… I’m not making this up. Perhaps the response actually contains some useful information, but I couldn’t be bothered to check it myself.

Enough code, time for the results:

It’s not does not seem much, but the fact that these numbers can (and will) change even though I have not added or removed any song myself bothers me. A lot. And while the number might not change, some tracks may become available again whereas others will become unavailable. Sigh.

I also ran the same script for some other markets as well. Because why not. Here are the results:

Well, looks like my music taste would not work well in Canada. At least when using Spotify.

For those interested in making their own stats, the full code of this is up on my GitHub of course: nilsding/spotify-availability.

« (Some of) my goals for the new year
Home 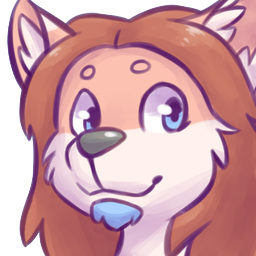